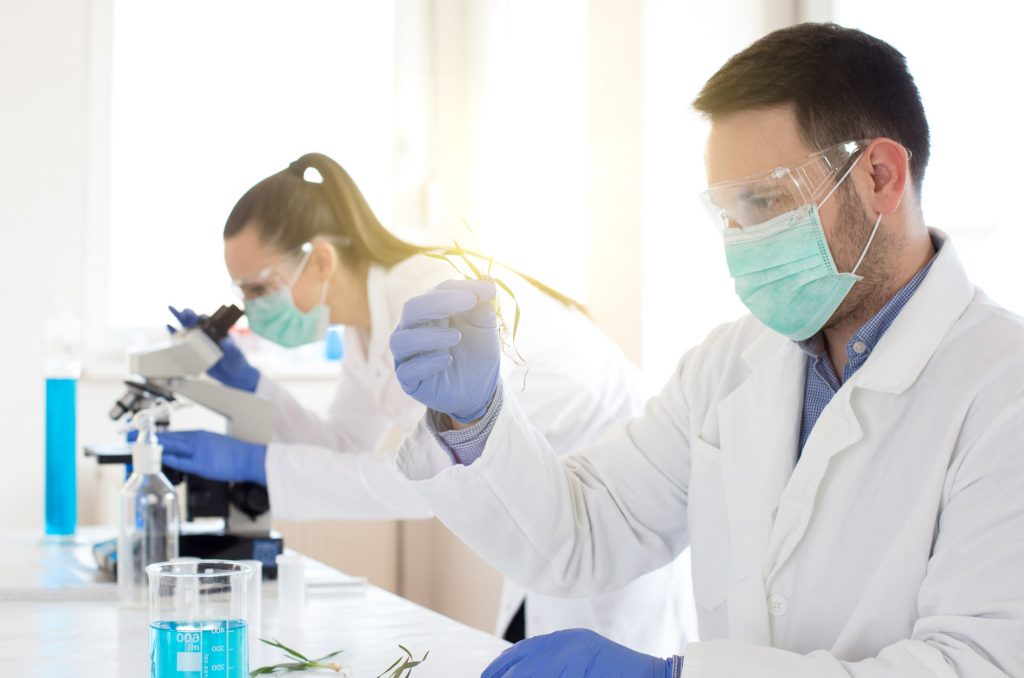 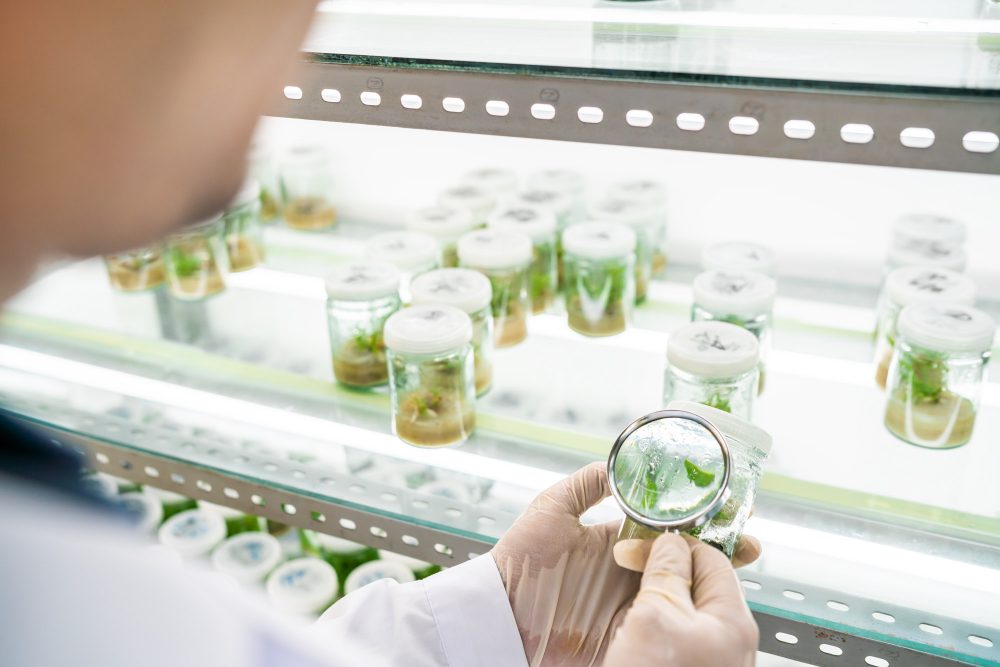 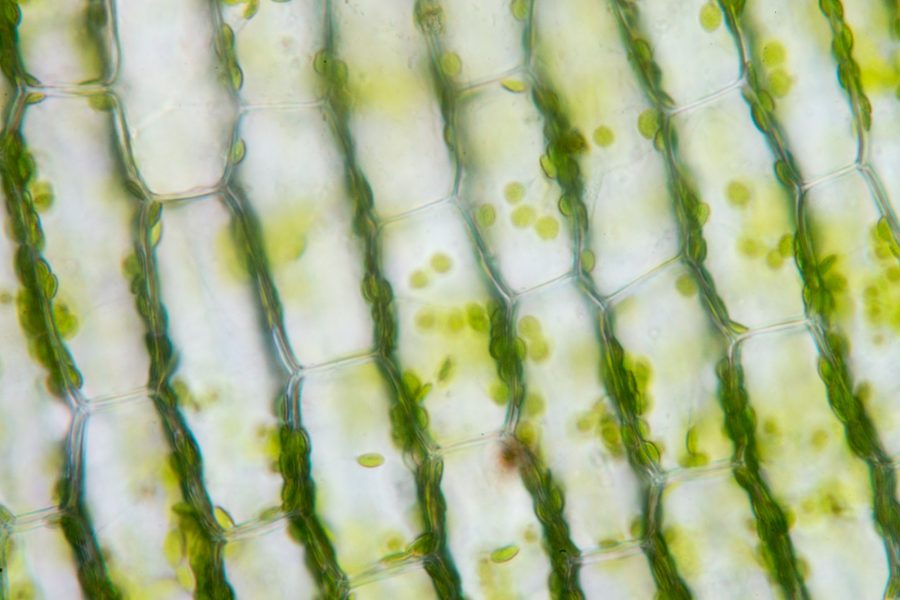 “His compassion, dogged determination, and unwavering work ethic have taken him from the tents of a refugee camp half a world away to working alongside some of the most experienced, respected innovators in oncology.”

Our Discovery and Drug Development Process

Nature has always been a powerful ally against disease. Today, Genzada Pharmaceuticals is harnessing its potential in a rigorous drug development process. After identifying promising natural compounds found in plants, we synthesize them to create unique pharmaceutical formulations that target cancer in new ways. While many cancer-fighting drugs are derived from plants, Genzada is focused on natural compounds that pair efficacy with less toxicity.

Fueled by the vision of our innovative founder—a chemist with decades of experience in the lab and more than 50 patents to his name—our drug development process began by identifying, isolating, and synthesizing components naturally found in black calla lily (Arum palaestinum), a plant that has been used in traditional medicine throughout the Middle East for more than a millennium.

Working collaboratively with premier academic and scientific institutions, and leading researchers throughout our drug development process, Genzada Pharmaceuticals is engaged in the development of its first novel therapeutic—GZ17-6.02—an agent that has demonstrated substantial pre-clinical activity against a variety of cancers. These cancers include pancreatic ductal adenocarcinoma, as well as head and neck squamous cell carcinoma (cancers of the mouth, nose, and throat).

Based on promising results revealed during a decade of rigorous preclinical studies, GZ17-6.02 is now undergoing Phase I clinical trials in the United States—all in the hopes of one day delivering a life-changing treatment option for patients battling cancer.

While GZ17-6.02 is our first drug candidate to reach clinical trials, our drug development process has created a robust pipeline, with novel patented intellectual property that shows promise in a host of areas of unmet therapeutic need.

Born and raised in a refugee camp on the outskirts of Jerusalem, Gene Zaid was determined to make his way to the United States to pursue an education. Seeing the suffering and rudimentary medical care in the camp, he was drawn to medicine and had a keen interest in the traditional, age-old remedies to treat a host of ailments—even cancer.

His long-held dream of coming to U.S. to pursue an education came true, and he wasted no time pursuing two of his passions, chemistry and math—earning a bachelor’s degree in both from Kansas Wesleyan, followed by a master’s degree and PhD in chemistry from Wichita State University.

In 1983, Zaid founded JACAM Chemicals. Like many other disruptors (Apple, Amazon, Hewlett-Packard, Disney, and Dell), his start-up venture began in his garage and quickly grew into one of the most respected companies in the oil and gas industry. Over the next 20 years, he earned more than 50 patents for his unique inventions.

Despite his success, Zaid never lost his passion for medicine and its ability to ease human suffering. Remembering the medicinal plants of his youth—plants that have been used for centuries throughout the Middle East—he began to investigate them. Extracting components from plants known for their healing properties such a black calla lily, he synthesized them and combined them in a unique formulation that has shown efficacy against many types of cancer in preclinical studies.

After selling his oil and gas company, Zaid formed Genzada Pharmaceuticals in 2010. Today, he devotes his time, knowledge and resources to eliminating cancer and other serious diseases. He currently holds eight patents for his novel pharmaceutical applications, and under his leadership, the company’s first anti-cancer agent, GZ17-6.02, is now undergoing Phase I clinical trials.

With more than two decades of experience helping shepherd promising news drugs through development, Dr. Proniuk remembers what first drew him to the high-risk, high-reward world of global drug development. “At university, I became interested with the design, formulation and efficacy of the drugs we buy at the pharmacy,” he says. “I found it quite interesting because it is so cross-disciplinary—it involves material sciences, biology, medicine, and working with some of the top clinicians in the world. Every day, it is something different, and the caliber of people I have the opportunity to deal with on a regular basis makes it so interesting.”

During his tenure as chief development officer at New Jersey-based Arno Therapeutics, he became particularly interested in oncology drug development.

His interest to develop novel oncology therapies motivated Dr. Proniuk to lend his expertise to drug investigators like Genzada—helping them navigate the scientific rigors and scope of drug development from technical operations and clinical trials to regulatory guidance and the scale-up and launch of next-generation dosage forms.

Shepherding scientific discoveries through a complex gauntlet of research, validation, funding, patent protection, government approvals, and manufacturing is nothing new for Jason West. Before he co-founded Genzada Pharmaceuticals, West served as the vice president and general counsel of Jacam Chemical Company after completing his law degree in 2002. It was a natural fit after watching his chemist and entrepreneur father—Jacam founder Gene Zaid—disrupt the oil and gas industry with his novel inventions.

In 2009, West assumed the mantle of president and guided the company through dramatic 430 percent revenue growth. Later, he was instrumental in the $300-million acquisition of Jacam by Calgary-based CES Energy Solutions.

In 2010, West and Zaid started Genzada Pharmaceuticals to investigate promising plant-based therapeutics that target difficult-to-treat cancers. As Genzada’s executive vice president, West is instrumental in the development and commercialization of novel oncology-focused therapies the company hopes will ease human suffering, including the development of the company’s first novel agent—GZ17-6.02.

Since 2015, West has helped raise over $45 million in equity capital to support Genzada’s efforts.
In addition to his role at Genzada, West serves as the chief executive officer of Hyatt Life Sciences, a nutraceutical manufacturing and sales company with proprietary formulations intended for health, wellness and dietary support. He is also currently chairman of the board of GeoChemicals, LLC.

West holds a bachelor’s degree in biology from Sterling College. He earned his juris doctor degree from Vermont Law School.

Dr. Bailes is a medical oncologist with wide-ranging expertise in clinical practice, legislation, public policy and advocacy. For nearly two decades, he served in various executive leadership roles for the American Society of Clinical Oncology (ASCO), including terms as president, interim executive vice president and chief executive officer, and chair of the ASCO Government Relations Council.

Over the course of his career, he has also practiced in the private sector as a former partner in Texas Oncology, the largest oncology practice group in the country, and as a founding member of Physician Reliance Network (PRN), one of the corporate predecessors to US Oncology. During his tenure as president of PRN Research, Bailes oversaw clinical trials and drug development activities. Later, he was executive vice president for clinical affairs with US Oncology. He has also served on the board of directors of Ilex Oncology.

With expertise in signal transduction, Dr. Dent is dedicated to the developmental of cancer therapeutics at Virginia Commonwealth University. His work includes projects funded by the National Institute of Health and Department of Defense, and focuses on the rational combination of drugs and other molecules designed to kill tumor cells. Dent has conducted studies exploring the underlying molecular mechanisms and synergy of specific drug combinations—including modulation of apoptosis, autophagy, colony formation, and changes in cell signaling pathways found in breast, brain, liver and pancreatic cancers. Studies investigating the combination of pemetrexed and sorfenib for the treatment of breast cancer have advanced to phase I trial. He has also been instrumental in phase I trials related to brain cancer. Dent earned his undergraduate degree in biochemistry from the University of Newcastle upon Tyne, England, and a doctorate in biochemistry from University of Dundee, Scotland. He completed his postdoctoral fellowship with Professor T. W. Sturgill at the University of Virginia.

As the founder and principal of Pearson Consulting Group, Mr. Pearson advises pharmaceutical companies, start-up biotech companies and healthcare consulting companies. A distinguished group of companies including Janssen Biotech, Bayer, Merck, Sanofi, Genzyme, Celgene, Dendreon, Eisai, Takeda, Astellas, ImClone, Centocor, McNeil Specialty Pharmaceuticals, and Kite have relied on his expertise. His strategic acumen is gleaned from 30 years of distinguished service with Johnson & Johnson (J&J) and its companies from 1975 to 2005.

Pearson earned a bachelor’s degree in economics from Wofford College. Afterward, he entered the U.S. Army and served as a helicopter pilot in Vietnam where he was decorated with the Distinguished Flying Cross, Purple Heart, Bronze Star, Army Commendation Medal for Valor, and numerous Air Medals.

A world-renowned medical oncologist and drug developer, Dr. Von Hoff has extensive expertise advancing new anticancer agents, and has played an integral role in the development of more than a dozen approved drugs used to treat many types of cancer. He has a special interest in pancreatic cancer, and his clinical trial work has led to three of the four drugs approved by the Food and Drug Administration (FDA) for the treatment of advanced pancreatic cancer. As a scientific advisor to Genzada, Von Hoff is helping shepherd the company’s first anticancer molecule, GZ17-6.02, through rigorous laboratory testing and FDA clinical trials.

Von Hoff is currently physician-in-chief and distinguished professor at the Translational Genomics Research Institute (TGen) in Phoenix, Arizona. He holds the Virginia G. Piper Distinguished Chair for Innovative Cancer Research at HonorHealth Clinical Research Institute and the Margaret Givan Larkin Endowed Chair in Developmental Cancer Therapeutics at Hoag Hospital. He also serves as the medical director of research at McKesson Specialty Health, senior consultant of clinical investigation at the City of Hope, and chief scientific officer for US Oncology Research. In addition, Von Hoff is a professor of medicine at the University of Arizona and the Mayo Clinic in Scottsdale, Arizona.

He has been honored with the David A. Karnofsky Memorial Award from the American Society of Clinical Oncology for his outstanding contributions to cancer research leading to significant improvement in patient care, along with the AACR Distinguished Public Service Award in recognition of his extraordinary career in clinical research and leadership in educating young clinical investigators. Dr. Von Hoff is the founder and the editor emeritus of Investigational New Drugs: The Journal of New Anticancer Agents, and past editor-in-chief of Molecular Cancer Therapeutics.

The founder and principal at Zukiwski Pharmaceutical Services, Dr. Zukiwski serves as an independent consultant to the pharmaceutical, biotechnology, venture capital, investment and health care industries.

With more than 20 years of experience in global oncology drug development, he has supported the clinical evaluation and registration of many successful therapeutic agents—including Taxotere, Xeloda, Procrit/Eprex, Velcade, Yondelis and Doxil.

Over the course of his career, he has served as the executive vice president of clinical research and chief medical officer at MedImmune, where he was responsible for developing and implementing the company’s clinical research, medical affairs and safety strategies. Prior to joining MedImmune, Zukiwski held medical affairs and clinical development positions at Johnson & Johnson Pharmaceutical Research & Development, Centocor and Ortho Biotech—including tenures as therapeutic area head for oncology and acting head of oncology research and development. He has also held clinical oncology positions at Hoffmann-LaRoche, Glaxo Wellcome and Rhone-Poulenc Rorer.